After years of pain, I finally found a clean-and-definitive way to get rid of the dreadful issue Could not copy assembly, the process cannot access the file because it is used by another process!

I have no idea how many .NET developers are coping with this issue, but on our side it used to be daily and there are many situations where an assembly file gets locked:

The clean-and-definitive solution to this problem, is this script to copy in a .bat file. This script must be invoked from the VS project pre-build-events. It just moves the assembly file, the .pdb file and the .xml documentation file to a temporary location (if the .pdb or .xml file is missing no problem).

The key is that when a process locks a file, Windows authorizes to move and rename the file. I found the original idea from this stackoverflow answer, that itself found it from a Keyvan Nayyeri blog post that seems to have been removed.

To invoke this script just add this in all your VS project pre-build events command line. If you wish the script name and location to be different, just adapt $(SolutionDir)\BuildProcess\PreBuildEvents.bat. 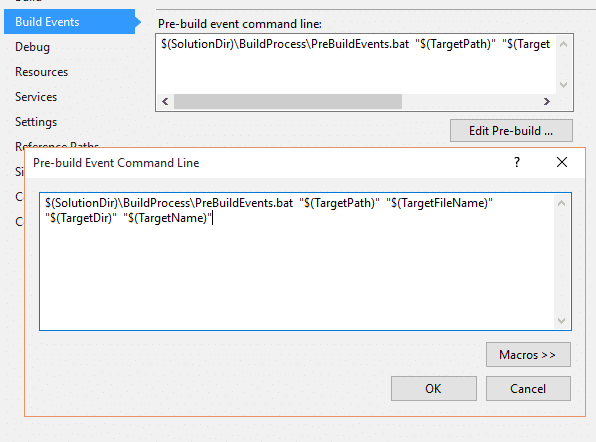 Notice that this script does the job no matter the actual configuration (Debug or Release) and no matter if the compilation is started from VS or from any other script.