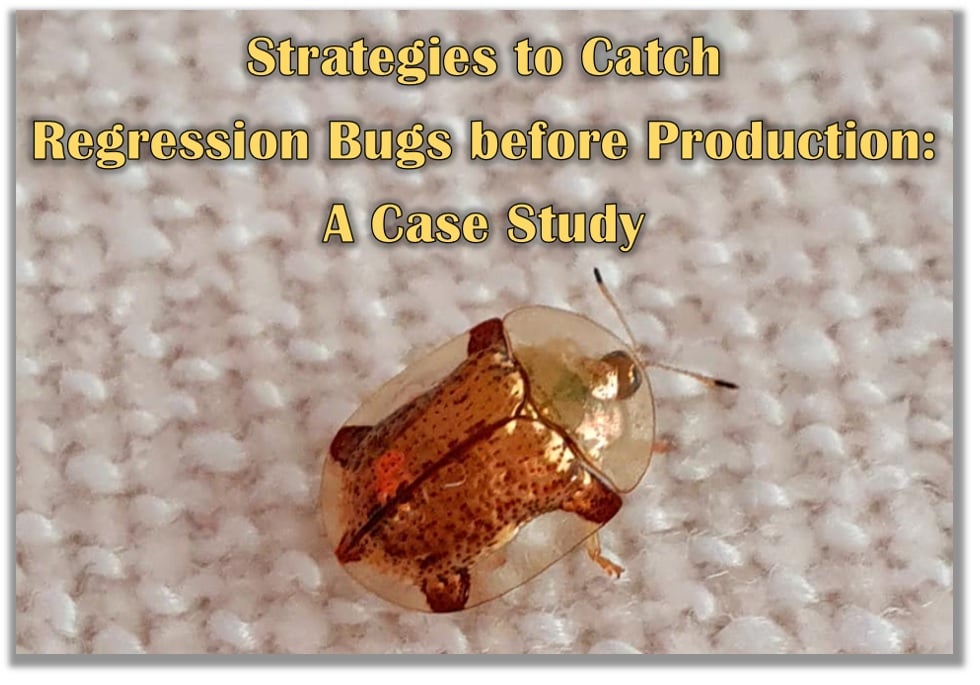 That’s quite a coincidence that a few days after promoting the joy of immutability in the post C#9 records: immutable classes we stumbled on a bug due to a mutable object accessed from several threads.

This is a regression bug: per definition a new bug that broke a system that was working until now.

Let’s have a look at the regression bug and also at the strategies that could have helped preventing it.

NDepend relies on the OSS project Mono.Cecil to read compiled IL code within DLLs. Cecil has been created by Jean-Baptiste Evain (Jb). By any mean Cecil is an outstanding OSS project:

Recently we planned to release the new version 2020.2 of NDepend with the latest Cecil source. We update the Cecil code regularly to keep up with new benefits from Cecil like performance improvements and bug fixes. However our integration tests suite quickly showed that something was wrong:

This code query executed against the baseline analysis result showed that a random small sub-set of methods had their number of line of code set to zero or even Not Available.

Per default NDepend analyzes Visual Studio projects concurrently. An option can force to analyze all projects sequentially on a single thread. With this sequential mode enabled the bug didn’t occur. At this point it was clear that we were facing a concurrency bug, either in our code or in Cecil code.

Since the bug appeared suddenly after upgrading to latest Cecil our best bet was that the problem came from this upgrade. We tested the last 4 versions released and found out that the version 0.11 was working fine but the version 0.11.1 reproduced the bug. Thus it made sense to review changes between both version: https://github.com/jbevain/cecil/compare/0.11…0.11.1

Since concurrency bugs often come from mutable states accessed simultaneously by several threads we searched for the usage of the keyword static in this diff to find such state. Bingo! We found this field:

Clearly the class PdbFunction is mutable.

It means that we have a single mutable PdbFunction object potentially accessed by several threads. A quick investigation reveals that the field match is only used by FindFunction(). And indeed, declaring match as a variable in the method fixes the problem. Notice that v0.11 actually contained this code!

Oddly enough I remembered we stumbled on the exact same bug in Cecil 10 years ago. This PDB reading part of Cecil is some code imported from Microsoft source to read PDB that became open source at that time. Originally the bug was in this Microsoft source. This bugs came back 10 years later spontaneously in Cecil. Somehow a copy/paste has been made too quickly! At this point I don’t have more details on the whole story.

The bug was discovered on our side before reaching production thanks to these good practices:

Another good practice that can help finding such bug before it reaches production is static analysis. Tests and assertions require code execution. On the other hand static analysis considers the code as data. Its job is to spot suspicious patterns on this data. NDepend is a static analyzer and it proposes the rule Avoid static fields with a mutable field type. This is clearly an error-prone pattern, a code-smell. Interestingly enough this rule spots the root cause of this bug because the field match is typed with a mutable class.

One problem with static analyzers is that such tools emit a tsunami of issues on any real-world legacy code base. How to know which ones to look at first? It is recommended to focus on new issues introduced since a baseline. Typically the baseline is the last version released. By deciding to write clean code from now most code-smells introduced recently can be spotted automatically before they provoke bugs that reach production.

Spotting and fixing regression bugs is difficult. I wrote this post Toward Bug Free Software: Lines of Defense a while back to explain our strategies to spot new bugs early, before they reach production. This way we can better spend our development resources on new features and users satisfaction.

With no surprise we invested a lot in:

These 3 strategies saved us countless times from releasing bugs. Nevertheless rare bugs still reach production because there strategies are not a mathematical proof of the correctness. This is why they must be completed with this pragmatic strategy:

The cover photo is a tortoise golden bug (Charidotella sexpunctata) seen on our TV couch during the April 2020 lockdown. Kids fixed this bug by releasing it in the wild.