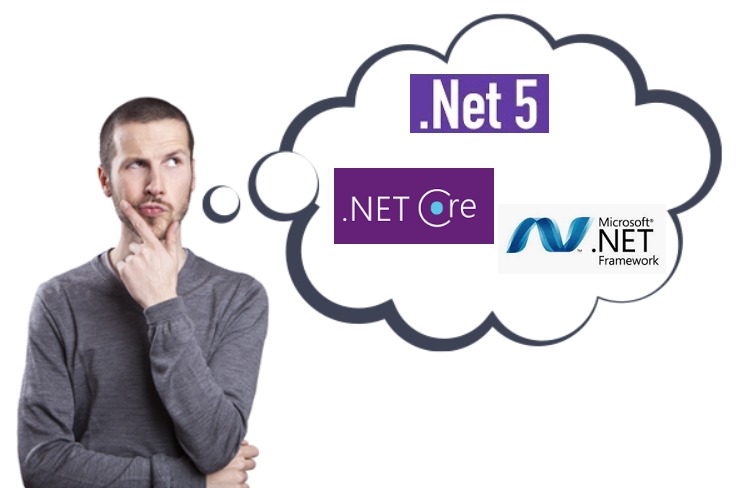 2020 will see the achievement of the massive remodeling of the .NET platform initiated by Microsoft in November 2014 with the introduction of .NET Core 1, with the promise of an open-source, a multi-platform and a modernizable framework (thanks to no rock-solid backward compatibility constraint) – everything that the .NET Framework isn’t. This U-turn in the Microsoft plans for .NET is part of the new Microsoft’s strategy initiated by Satya Nadella that became CEO of Microsoft in February 2014, succeeding to Steve Ballmer.

.NET 5 will be released in November this year. Within 6 years Microsoft will have succeeded a complete platform shift like no other. The .NET Core brand was here to make clear that two .NET platforms were living side by side. But now we know that the .NET Framework 4.8 won’t evolve anymore and that all Microsoft efforts will be put on .NET Core continuation with well scheduled releases ahead. Let’s use the term .NET OSS to designate [.NET Core, .NET 5, .NET 6…. [ in the remainder of this post.

By now, the way to get prepared to .NET 5 and later is to migrate to .NET Core 3.1. Despite the branding change from .NET Core 3.1 to .NET 5 it is no mystery that .NET 5 will be mostly based on the actual .NET Core platform.

The cost of migration from .NET 4.8 to .NET OSS can get pretty high, especially if the legacy relies on some deprecated APIS (like WCF, WWF, WebForms or AppDomain). Thus it may seems attractive to stick with .NET 4.8 if your application is intended to run on Windows only.

Why it is not a good idea to not anticipate the migration now?

.NET 4.8 won’t evolve but some security patches will be provided for as long as we can foresee. However we can predict that .NET 4.8 will be quickly considered as a thing-of-the-past:

Recently I’ve discussed with Jean-Baptiste Evain that develops the OSS library Cecil. Jb is also responsible for UnityVS at MS. Here at NDepend we’re relying on Cecil for more than a decade. Cecil processes compiled .NET assemblies bytes and thus will obviously benefit from Span<T> only available on .NET Core. This concrete situation illustrates well the points mentioned above:

NDepend is still running on .NET 4.8. NDepend is a CI tool, a standalone UI tool, an Azure DevOps extension and a Visual Studio extension. Developing an extension is a sensitive situation because we need to align our platform with the platform of the host. VS is such a massive application that I don’t expect it to run on .NET 5 in 2021. On the other hand VS is evolving so quickly nowadays that this possibility is not totally excluded. It is also possible that Microsoft takes an incremental approach and that the main VS process (devenv.exe) will remain on .NET Fx 4.8 for a while, while children processes run on .NET OSS (VS runs with quite a few children processes!).

At this point the reasonable move for us is to anticipate the migration to .NET OSS mostly by compiling as much code as possible against .NET Standard 2.0, supported by both .NET Fx 4.7.2+ and .NET Core. We also need to make sure that our WPF and Winforms code will be easily movable (which shouldn’t be a problem since most of the WPF/Winforms APIs are supported by .NET 3.1). We are also mulling over on having our own child process(es) but all the UI part must remain in the main VS process.

Those like us still working on a large .NET 4.8 legacy are entering into a turbulence zone for the years to come. However for all the reasons explained above, we can expect that in not so long (2023? 2025?) successful applications still running on .NET 4.8 will be the exception. Certainly not anticipating legacy migration now is likely a strategic mistake.