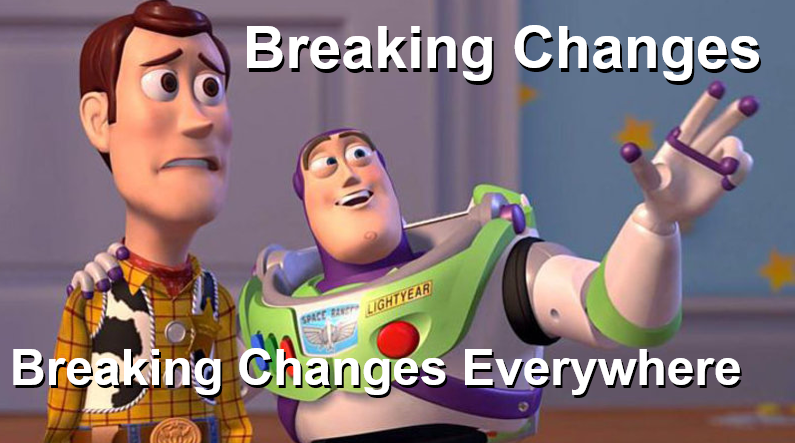 If you are developing a framework, the last thing you want to happen when releasing a new version of your product is to break the code of your clients because of an API breaking change. For example, you want to make sure that all public methods you had in previous versions are here in the next version, unless you tagged some of them with System.ObsoleteAttribute for a while before deprecation.

One key feature of NDepend is to be able to compare all results against a baseline snapshot. Code querying can explore changes since the baseline. For example this code query detects methods of an API that are not anymore visible from clients:

This query code is pretty simple and readable but let’s detail it a bit:

This query is pretty similar than the source of the default rule API Breaking Changes: Methods that is a bit more sophisticated to handle more situations, like when the public method return type changes. This rule also presents results in a polished way.

Some other sorts of breaking changes are detected when for example, a publicly visible interface or base class changes: in such situation clients code that implement such interface or derive from such abstract class will be broken.

Some rules also detect when a serializable types gets broken and when an enumeration Flags status change.

From comparing NHibernate v5.2.x against NHibernate v4.1.x here are breaking changes found: 36 types, 995 methods, 205 fields (including enumeration values) and 121 interfaces or abstract classes have been changed. I guess most of those breaking changes are about elements that were not intended to be seen by API consumers in the baseline version but a detailed analysis would be needed here.

I’ve also compared .NET Core v2.2.5 with .NET Core v3.0 Preview 8 but hopefully didn’t find any breaking change. However NDepend has an heuristic code query to find types moved from one namespace or assembly to another and here more than 200 types were matched like the class ArrayList moved from the assembly System.Collections.NonGeneric.dll to the assembly System.Private.CoreLib.dll. Hopefully such changes are invisible to the clients consuming .NET Core as a NuGet package.

A related and interesting topic is to review new APIs used by an application or APIs not used anymore. This is possible from the NDepend > Search Elements by Changes panel with the buttons Third Party Code Elements – Used Recently / Not Used Anymore. For example the screenshot below shows new API consumed by the application eShopOnWeb:

Before releasing a new version, this is interesting to have a glance at API consumption changes. Doing so often sheds light on interesting points.