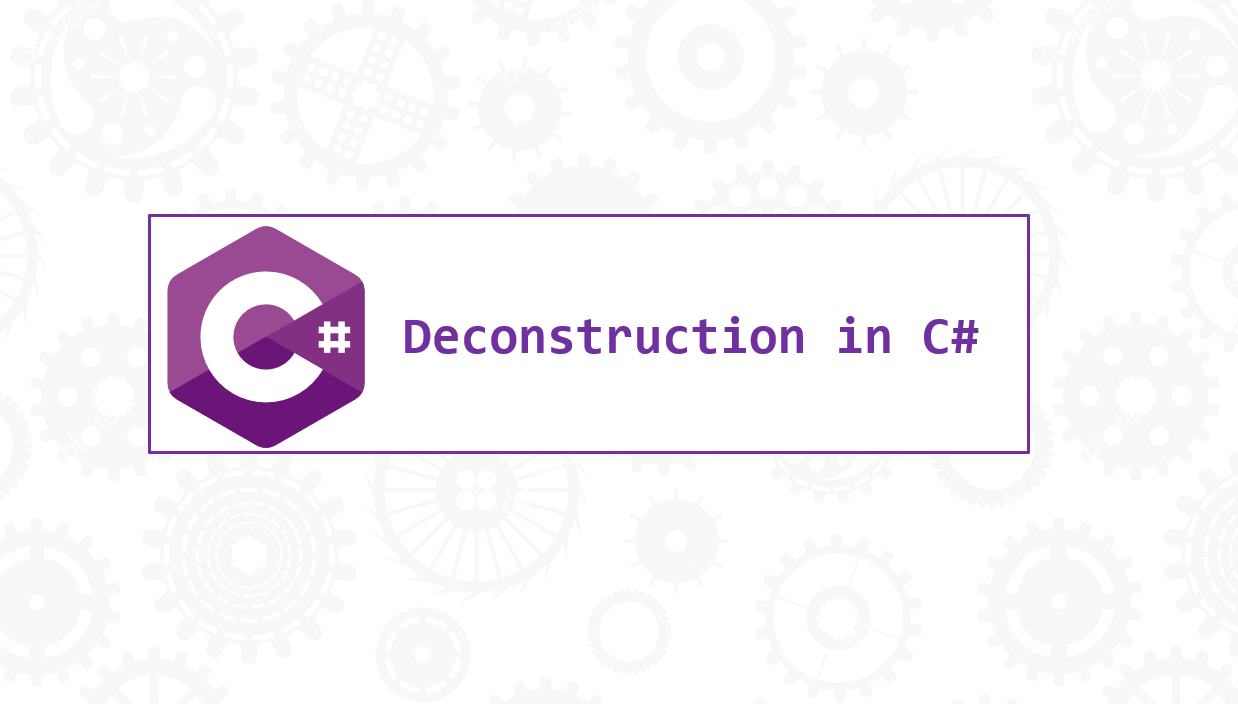 C# 7.0 introduced the deconstruction syntax. It allows developers to extract in a single expression, properties of an object or elements of a tuple and then to assign them to distinct variables . Here is a small program candidate to be simplified with deconstruction:

Here is the same example with deconstructing the object pat in the line var (name, birthDate) = pat; thanks to a new method name Deconstruct() :

In this rewritten sample we can see that several lines of code can be saved when obtaining from an object several values within several local variables. Thanks to deconstruction this can be achieved in a single expression.

If we decompile this example we can see that the C# compiler calls: pat.Deconstruct(out var name, out var birthDate);

Here are a few remarks about deconstruction capabilities: 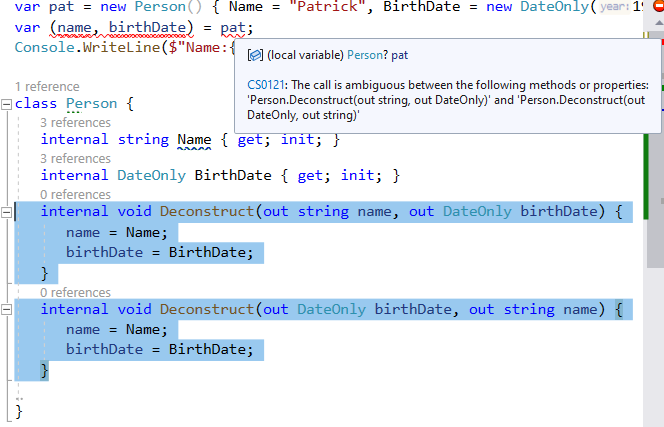 As one could expect, deconstruction works especially well with tuples. This is shown by this sample program:

Notice that under the hood, the compiler use the type System.ValueTuple<T1,T2,T3> and keeps track of named parameters city zip country mapping with the corresponding value tuple fields valueTuple.Item1, valueTuple.Item2 and valueTuple.Item3.

ValueTuple<> were introduced with C# 7.0 to improve Tuple<> classes in terms of performance and syntax. Deconstruction also works with Tuple<> classes as shown by the program below: