C# 11 introduces Raw String Literals. Undoubtedly this feature will become very popular because it represents an elegant way to solve some issues with actual string literal.

We use console coloring to highlight the string obtained at runtime: 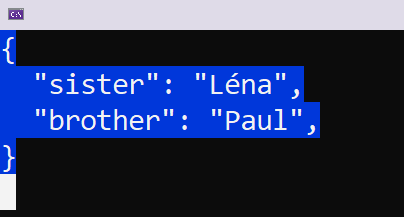 We can see that C# 11 raw string literal has three major impacts on:

Let’s detail these three various impacts one by one: 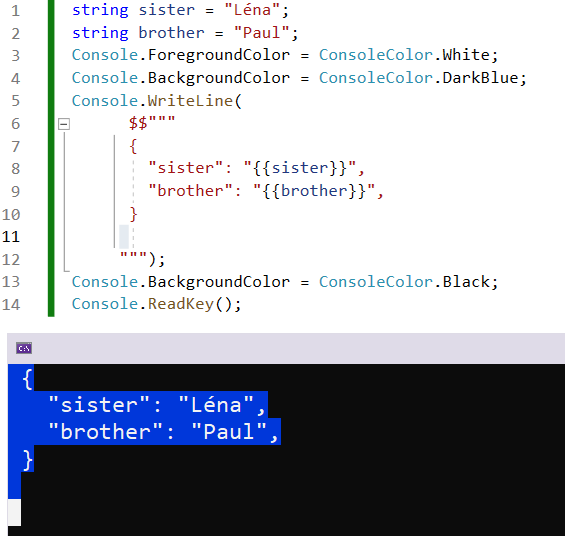 Clearly C# 11 raw string literal is a great way to declare much clearer JSON, XML, SQL, test expectations… string literals in code thanks to alignment with the actual nesting:

Let’s challenge this new string literal alignment feature. First only whitespace characters are accepted in columns before the column of the """ end delimiter 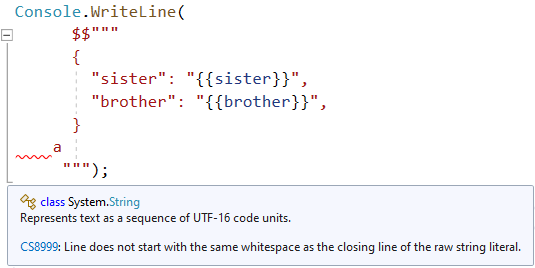 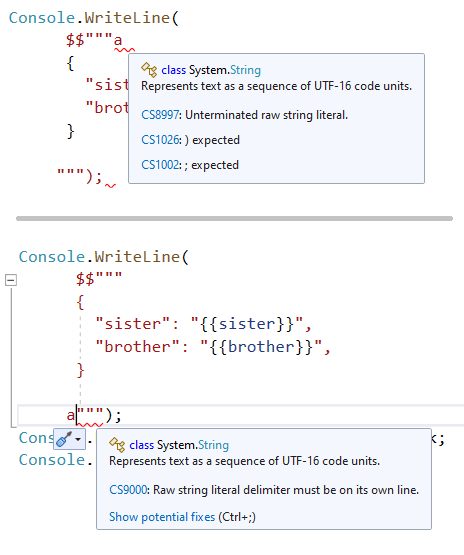 : It thoroughly solves the ugly back-slashing \" and double double-quote character "" in string literals.

Here is the plain-text code if needed: 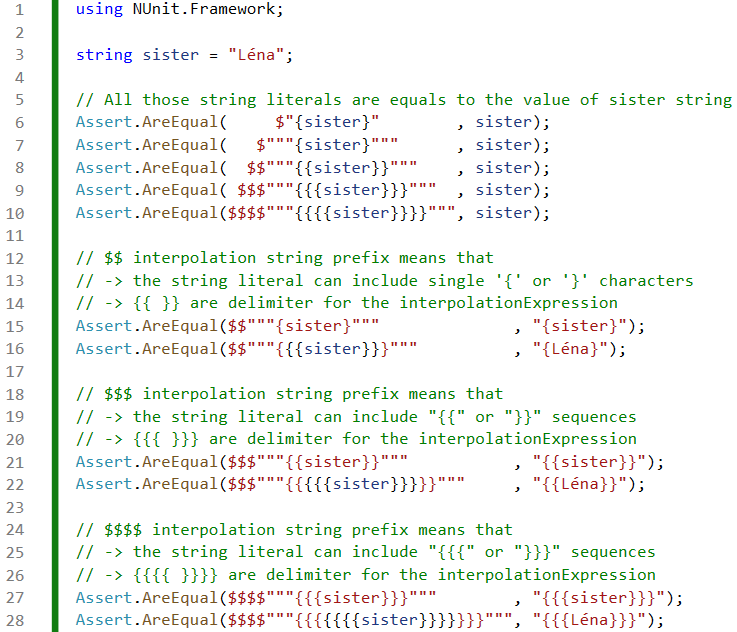 Here is the plain-text code if needed: