C#11 added the file scoped types feature: a new file modifier that can be applied to any type definition to restrict its usage to the current file. This way we can have several classes with the same name (namespace.name) in a single project. This is shown through the project below that contains two classes named ConsoleApp1.Answer : 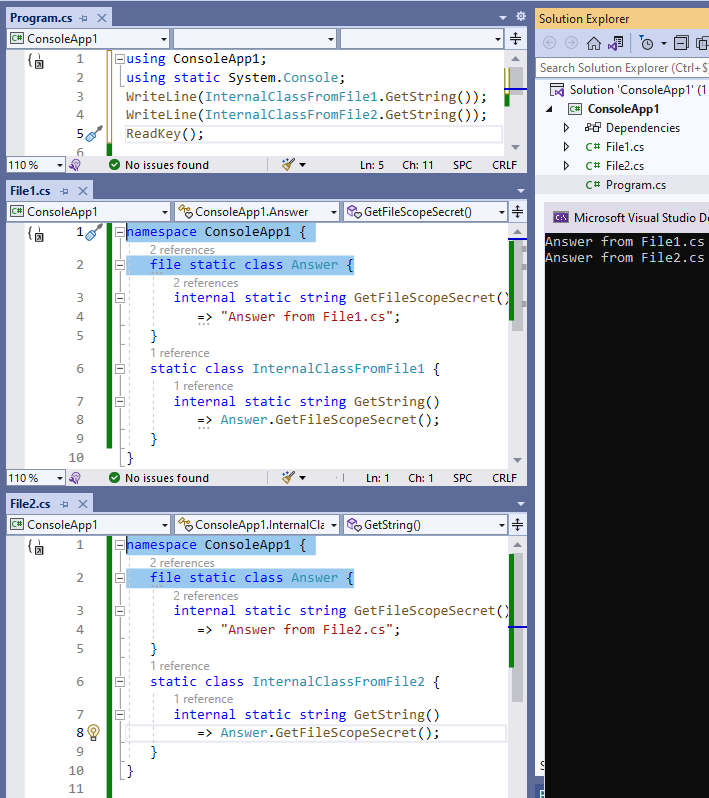 Here are a few remarks: 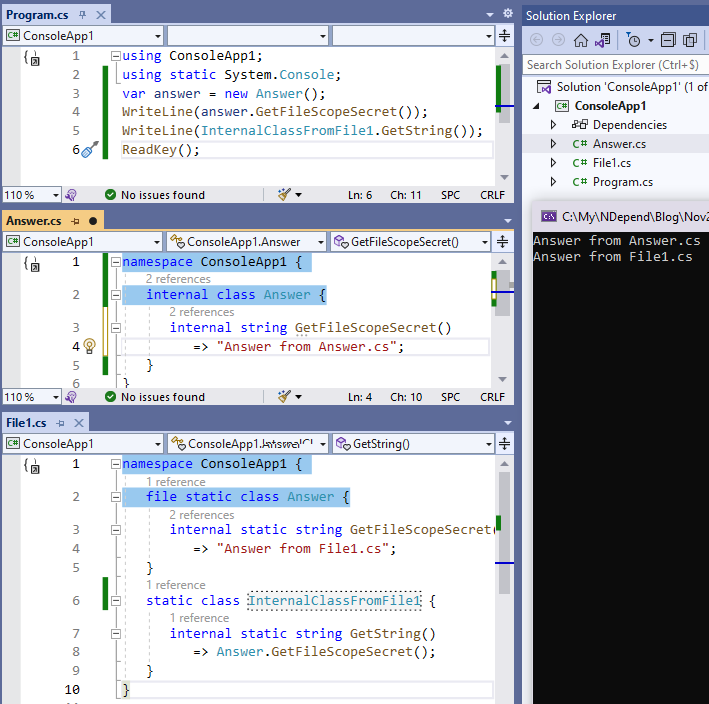 Let’s underline that namespace remains the preferred way to avoid type name collision. However we can imagine several use cases for this feature:

However keep in mind that a file restricted class won’t be visible from tests. Those must be considered as private implementation (black box) and must be tested through internal or public classes that access them.

Quick tip: You can test your internal implementations by tagging your projects with the System.Runtime.CompilerServices.InternalsVisibleToAttribute. This way you don’t have to declare these classes as public just for testing purposes.

What the compiler generates?

The C# compiler renames types with the file restriction this way: <SourceFileNameWithoutExtension>F$identfier$_TypeName. identfier is sometime an index incremented, or a random identifier, a bit like an UUID. This is just an implementation detail that is here to avoid type name collision in the context of the compiled assembly.

Thanks to the <> characters there is no risk for such class to be consumed from elsewhere than its file. This common compiler renaming pattern is called special naming and is used in a number of scenario including async/await , lambda, anonymous method, anonymous type.

Interestingly enough, when analyzing a bunch of projects within a solution, NDepend doesn’t try to change special names. Thus the NDepend dependency graph of the small program shown in the first screenshot above looks like this.

Again another great C# featurette that will help us write even cleaner code :))