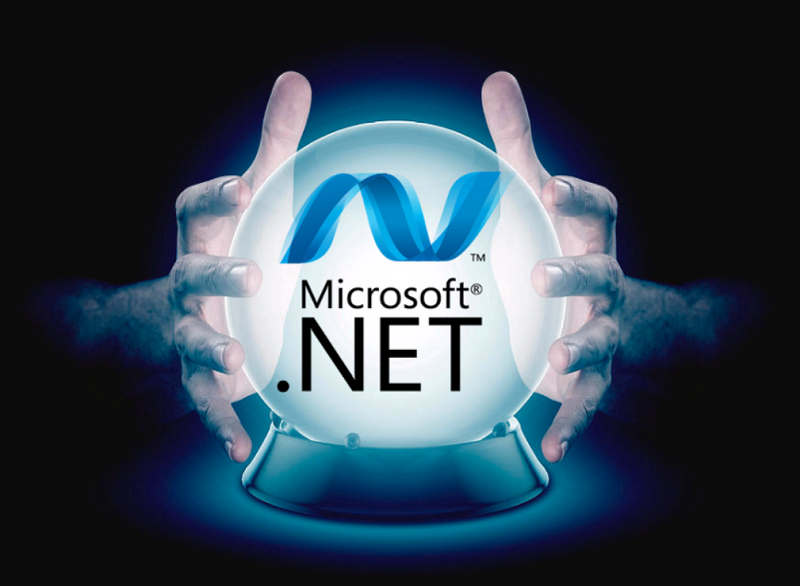 In May 2019, Microsoft officially announced .NET 5, the future of .NET: it will be based on all the .NET Core work already achieved. Here is the schedule announced:

On one hand the future of .NET has never been so bright. On the other hand this represents a massive move for all .NET development shops, especially for those that still target .NET Framework 4.x that won’t evolve anymore. But not everything is clear from this announcement. Such massive move will have many collateral consequences that we can only guess by now. Certainly many points are not yet cast in stone and still debated.

Hence for large .NET legacy code bases some predictions must be made to plan now a seamless and in-time migration toward the future of .NET. So let’s do some predictions: it’ll still be interesting to come back in a few years and see how good or bad they were.

However .NET Standard is certainly not dead yet: it is (and will be for years to come) an essential tool to compile code into portable components that can be reused across several .NET flavors. However with this unification process the future of .NET Standard is compromised.

It has to. Imagine the consequences if in 3 years from now (2019 Q4) the main Microsoft IDE for .NET professional developments still run on .NET Framework v4.8:

On the other hand, if you know a bit how VS works, imagine how massive this migration is going to be. For more than a decade there have been a lot of complaints from the community about Visual Studio not running in a 64 bits process. See some discussions on reddit here for example. If I remember well this x64 request was the most voted one when VS feedback was still handled by UserVoices. Some technical explanations have been provided by Microsoft like those ones provided 10 years ago! If in 2019 Visual Studio still doesn’t run in a x64 process, this says a lot on how large and complex such migration is.

It seems inevitable that this time the Visual Studio legacy will evolve toward what will be the future of .NET. One key benefit will be to run in a x64 process and have plenty of memory to work with very large solutions. Another implication is that all Visual Studio extensions, like our extension, must evolve too. Here at NDepend we are already preparing it but it will take time, not because we’ll miss much API (we’ll mostly miss AppDomain) but because:

We cannot know yet if Visual Studio vNext will run on .NET 5 or if it’ll take more years until we see it running upon .NET 6?

Btw here are 2 posts Quickly assess your .NET code compliance with .NET Standard and An in-depth analysis of .NET Core 3.0 support for WPF and Winforms APIs that can help plan your own legacy migration.

On October 4, 2019 Satya Nadella revealed why Windows may not be the future of Microsoft’s business. In August 2019 Microsoft provided a .NET Cross Platform UI Framework Survey. Clearly a .NET cross-platform UI Framework is wanted: the community is asking for it. So far Microsoft closed the debate about WPF: WPF won’t be multi-platform.

Let’s also be crystal clear. This (WPF cross platform) is a very hard project. If the cost was low, this would be a very different conversation and very likely a different outcome. We have enough trouble being compatible with OpenSSL and that’s just one library.  Rich Lander – Dec 5, 2018

But given the immense benefits of what WPF running cross-platform would offer, I wouldn’t be surprise to see WPF become cross-platforms within the next years. Or at least a similar XAML UI framework. Moreover WPF is now open-source so who knows…

Xamarin Forms and Avalonia are also natural candidates to be the .NET cross-platform UI Framework. But it seems those frameworks doesn’t receive enough love from the community, this is my subjective feeling. Also we have to keep in mind that Microsoft did a survey and that the community is massively asking for it.

Blazor is promised to a bright future

If you didn’t follow the recent Blazor evolution, the promises of this technology are huge:

This is all possible thanks to the WebAssembly (Wasm) format supported by most browsers.

WebAssembly (abbreviated Wasm) is a binary instruction format for a stack-based virtual machine. Wasm is designed as a portable target for compilation of high-level languages like C/C++/Rust, enabling deployment on the web for client and server applications.

Blazor was initially a personal project created by Steve Sanderson from Microsoft. It was first introduced during NDC OSLO in July 2017: the video is worth being watched, also read how enthusiastics are the comments. However Blazor is not yet finalized and still has some limitations: it doesn’t offer yet a decent debugging experience and the application size to download (a few MBs) is still too large because dependencies have to be loaded too. Those ones are currently being addressed (see here for debugging and here for download size, runtime code will be trimmed and cached and usage of CDN (Content Distribution Network) is mentioned).

The community is enthusiast, the technology is getting mature and there is no technological nor political barrier in sight: the Blazor future looks bright. Don’t miss the Blazor FAQ to learn more.