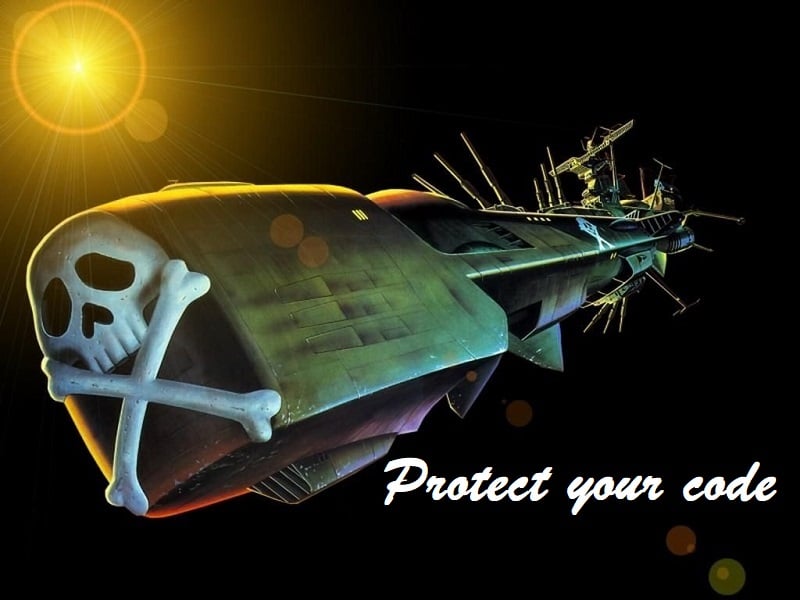 This morning I stumbled on this post Decompilation of C# code made easy with Visual Studio on the Visual Studio blog. Basically VS will soon be able to not only decompile third-party code but also generate some sort of PDB information that will make the decompiled code debuggable. The promise is no more  “No Symbols Loaded” or “Source Not Found” from within debugging session in VS and personally I found this awesome.

However most of this post’s comments are like “how do I protect my code from being decompiled then?!” and “Microsoft does not care about its customers’ intellectual property.”. These comments are absurd. Since its inception in 2002 .NET compiled code can be decompiled and read crystal clear with popular tools like .NET Reflector, IL Spy, dotPeak… This is a direct consequence of having IL/byte code and a CLR with a JIT compiler. I wonder to which extend those that wrote these comments are aware of that?

The first step is to make sure that your EULA forbid from decompiling your code, something like:  Licensee may not reverse-engineer, decompile, disassemble, modify, or translate the Product, or make any attempt to discover the source code of the Product;

The second step is to obfuscate your compiled code. Since 2002 those that want to protect their compiled code from decompilation just have to obfuscate it. There are mature free tools like ConfuserEx and paid tools available. This is what we do within our .NET shop since 2007 with success.

Also with .net native and AOT (Ahead of Time compilation) one can add a whole new layer of complexity by skipping the IL code and compile directly to machine code (e.g. X64 instructions).

But keep in mind that Obfuscators and AOT only protect the intellectual property to some extent. Your code best kept secrets are still executable in both scenarios, it means they are still there. Someone skilled ready to spend a large amount of time to reverse engineer your code can still have access to your intellectual property.

The ultimate way to protect your intellectual property is to provide your services as online SaaS. This way nobody will ever have access to your code. For example the whole SEO industry is based on guessing what Google and others web search engine are doing. These algorithms are protected because nobody except Google employees have access to them. In many scenarios Saas means also that one forces his clients to share their sensitive data, since they are processed on one’s server, and in many scenario this is not applicable. By spying your data Google and Facebook knows you better than you do, but it seems that only a fraction of the humanity disagree with that. Ok I digressed…

Protect your software from hackers

Keep in mind that Obfuscators and AOT don’t protect your code from hackers. It is still easy for any solid hacker to crack your license-checking-layer and provide a free version of your software online as a warez. The only possible protection from hackers that have access to your code are integrity checks. An integrity check is made of two parts:

The whole point of an integrity check is to consume the time of the hacker. This is why the word subtle is in bold, the malfunction is not a random exception to provoke a fail-fast, the malfunction must be something that appears minutes after the integrity check failed and finally makes the software totally unusable (like a massive memory leak – clearing some data – freezing some UIs – firing a timer to close the user session after a random number of minutes…)

By multiplying the integrity checks and the subtle corresponding malfunctions one can only hope to discourage a talented hackers to waste days, weeks or months to crack his software. But be aware that these guys are primarily driven by challenges… The good news is that with .NET there are tons of possible ways to write subtle integrity checks.

Protecting the intellectual property and the software itself is a difficult task. Don’t complain to Microsoft or anyone else that they should offer an out-of-the-box tool for that. If such a mainstream protection tool existed it would be a challenge for the best talented hackers and it wouldn’t resist long anyway.

The question you should ask for is: is it worth spending resources to protect my assets instead of spending these resources to make my paid clients even more happy. This is a difficult trade-off that must be carefully thought out. But always keep in mind that you must not rely on someone else to protect your software.