I don’t think I’ll shock anyone by pointing out that you can find plenty of disagreements among software developers.

You can see this dynamic writ large across the internet.

But you can also see it writ small among teammates in software groups.  You’ve seen this before.

Individuals or small camps form around certain competing ideas, like how best to lay out the unit test suite or whether or not to use a certain design pattern.

I’ve experienced both flavors of this dynamic in my career.  Having to make concessions about how you do things is never fun, but group work requires it.

And so you live with the give-and-take of this in healthy groups.  But in an unhealthy group, frustration mounts with no benefit of positive collaboration to mitigate it.

This holds doubly true when one of the two sides has the decision-making authority or perhaps just writes a lot of the code and claims a form of squatter’s rights.

Division into camps can, of course, take many forms.  But I think the one you see most commonly happens when you have a group of developers or architects who have laid the ground rules for the codebase and then a disparate group of relative newcomers that want to change the status quo.

I once coined a term for a certain archetype in the world of software development: the expert beginner.

Expert beginners wind up in decision-making positions by default and then refuse to be swayed in the face of mounting evidence, third party opinions, or, well, really anything.  They dig in and convince themselves that they’re right about all matters relating to the codebase, and they express no interest in hearing dissenting opinions.

This commonly creates the toxic, adversarial dynamic here, and it leaves the rest of the group feeling helpless and frustrated.

Of course, this cuts the other way as well.  Sometimes the longest tenured decision makers of the group earned their position for good reason and acquit themselves well in defense of their positions.

Perhaps you shouldn’t adopt every passing fad and trend that comes along.  And these folks might find it tiresome to relitigate past architectural decisions ad nauseum every time a new developer hires on.

It probably doesn’t help when newbies throw around pejorative terms like “legacy code” and “the old way,” either.

Anatomy of a Fruitless Argument Campaign

So let’s set aside notions of who, exactly, deserves blame.  For the general case, it’s both unknowable and not important.

Instead, let’s just say that you’re part of the minority faction, if you will.  You believe something about the codebase needs to change.

Others don’t agree with your take,  and so you’re having trouble winning hearts and minds to your cause.  Believe me, I empathize.

It’s at this point that building one’s case can go off the rails and that bitterness can ensue.  And I think this tends to happen because, in my opinion, so many people go about building their case in all the wrong ways.

First, you’ll start off poorly if you resort to hostility or ridicule.  And secondly, just repeating an argument over and over again, increasingly loudly, does not help.

But attempts at proof fall victim to logical fallacy pretty easily.  For instance:

What you need to do instead involves gathering data and building an actual case for the changes that you want.  If you want to adopt BDD, for instance, don’t simply assert its superiority or point out that someone impressive uses it.

See if you can find some data on success that people have had with it.

Do BDD projects enjoy some measurably higher form of customer satisfaction?  Or try an experiment in your own world.  Adopt BDD for a feature and measure certain outcomes to see if they improve.

Once you start getting into the realm of building empirical cases, your arguments become harder to ignore.  And that’s because they go from “just another opinion” to something more compelling.

Of course, if we’re talking about code, you need to gather data differently, often by treating code as data.  You can rely on static analyzers like NDepend to offer feedback and guidance by flagging issues.  But you can also use NDepend to gather data.

Maybe you make a case against singletons in your codebase by pointing out that they incur disproportionately high type rank while resisting unit test coverage.  Back that case up with data.

You may not always win the day, but I promise you that you’ll make a lot more progress this way than by tossing around questionable logic and strident opinions. 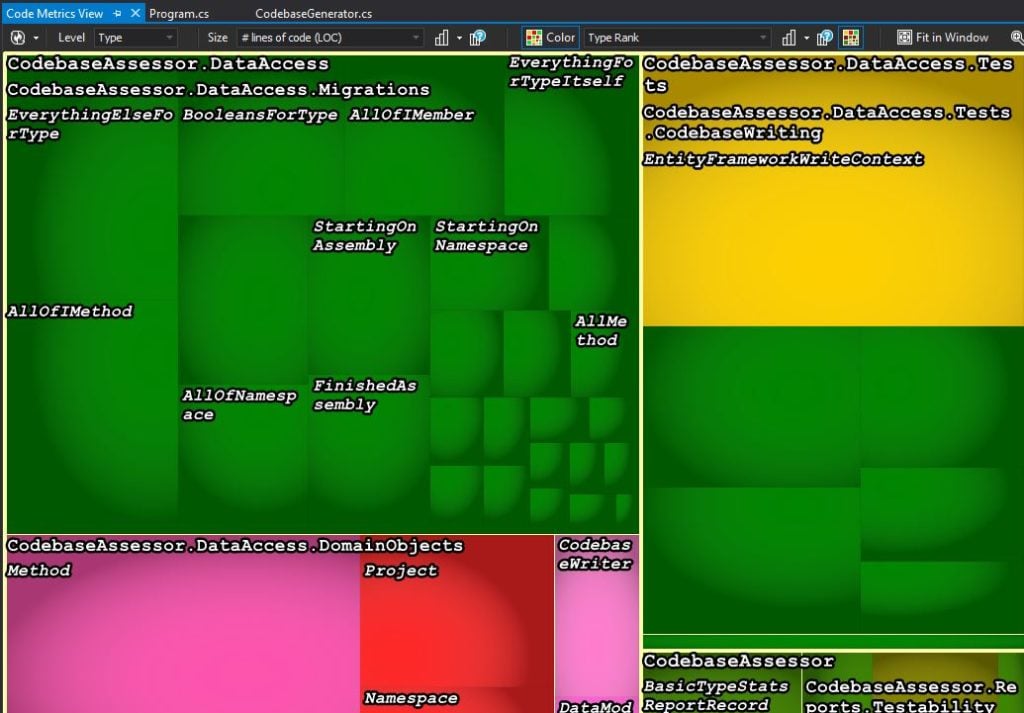 If management understood all of the ramifications, they might care.  But as it stands, they’d probably rather let you duke it out because it’s not in their wheelhouse.

That is unless, of course, you put it into their wheelhouse.  And you can do that by turning your technical argument into a business case.

The business thinks in terms of cost, timelines, risk, schedules, and budget, among other things.  If you can gather data and build a technical case about the superiority of an approach, you can gain support among peers; if you can translate it into terms that the business understands, you can outflank opponents by winning broader support.

Let’s go back to the example of you lobbying against singletons.  You could do some research beyond the code.

Try seeing what percentage of defects originate in singletons and the classes that use them.

Or perhaps you find a high degree of correlation between commits to those sort of classes and features that wind up behind schedule.

When you start making business cases based on data, people will pay close attention to what you have to say.

I’ll close by offering perhaps my most powerful piece of advice.  If you make a good data-based argument, you may sway your teammates.

If you also build a business case, you may sway the business.  But if you make your case visual, you’ll have much better odds of doing both.

Take a look at this.

This was an (anonymized) dependency graph that I once generated for a client with NDepend.  I did it to prove the point that a codebase had so much coupling that evolving it to modularity would take more time and cost more than starting from scratch.

I built that case with hard data, such as the ratio of edges to nodes, among other things, and I had a solid case.  But the picture was, as they say, worth 1000 words.

The folks I was speaking to made up their minds before I even got to the data.

Arguments in the programming world aren’t going away anytime soon — nor should they.  But implementing things you don’t agree with will always be frustrating, and you should aim to do so as little as possible.

You think others are wrong?

Prove it.  Build a data-based argument, relate it to the business, and use something like NDepend to create a compelling visual for you.