Primitives are the real building blocks of your class and its use is obviously inevitable. But the real problem starts when they are not used properly.

When you define Class, you define the placeholders for the data that we want to communicate using goodies of OOP (Object Oriented Programming). So, Class gets real behavior characteristics when defined with primitives like int or string or bool etc. with added methods and functions (using those primitives) per business logic defined and that’s where one gets real value out of Type/Class definition.

What is Primitive obsession

Primitive Obsession is a code smell and type of anti-pattern where you are trying to use primitives for definable basic domain models. It’s an obsession on using primitives for everything certainly not in a good way. Few examples of primitives are as below:

However, every good pattern could become an anti-pattern if not used correctly. So, the use of primitives within the context of the class definition is very important.

Few notable issues that may cause code smell of type primitive obsession are as below,

Let’s take an example and understand this. I have a simple class called “Account”. In this class few primitives defined as below.

Pretty simple and neat! Let’s assume I have a few more requirements to add to this class. Now for next future enhancement, this class grows as below,

Now with a habit of adding primitive for every other new need developers tends to assume that’s the right and easy way. But it’s very important to identify behavioral aspects of each new primitive that gets added.

Address details above are just a string?

In the above example, the primitive ‘Address’ is just a string? Let’s say you also need a placeholder for + Zip Code + State etc.

With above understanding developer might add additional few primitives,

Now class definition has increased a bit and it started adding code smell. Here smell is of type primitive obsession.

Primitives defined are more about addresses and locations.

SSN number here is tricky as it carries lot of behavioral characteristic.

Most of the time it’s only 4 last digits of SSN which gets used in the business requirements. So often you extract logic to get the last 4 digits from a given social security number. Let’s not ignore the encryption too. We often find encryption an important characteristic while dealing with SSN considering PII (Personally Identifiable Information) management. So, point here is SSN has got few behaviors characteristic due to which it can not be just a primitive. Its an early indication we can handle it differently which we shall see below.

So overall are we creating smelling code which will cause lot of issue in the long run,

Major Issues in the CheckingAccount class

To address the Primitive Obsession code smell you need to group related Data value within Object: validation or extraction logic will become part of ValueObject/Class/SubClass . This will avoid code duplication. As per the single responsibility principle Class should be designed to perform one responsibility at a time.

Below is the simplified class diagram after addressing primitive obsession.

A string is sometimes not a string. Model it accordingly.

I’ll end up with a very concrete example. The .NET base class library modelizes paths (like file and directories paths) with string and a bunch of helpers around. But actually a path is a set of complex and polymorphic object:

We are all used to System.IO.Path operating on strings but to me, this is a primitive obsession code smell: path deserves a strong typed model. This is why I created the library NDepend.Path that can be browsed and downloaded here. NDepend makes tons of operations on paths and using a strong typed library simplifies – a lot- paths operations. Below is the type diagram of the library. To properly modelize all path complexity, it is definitely not trivial: 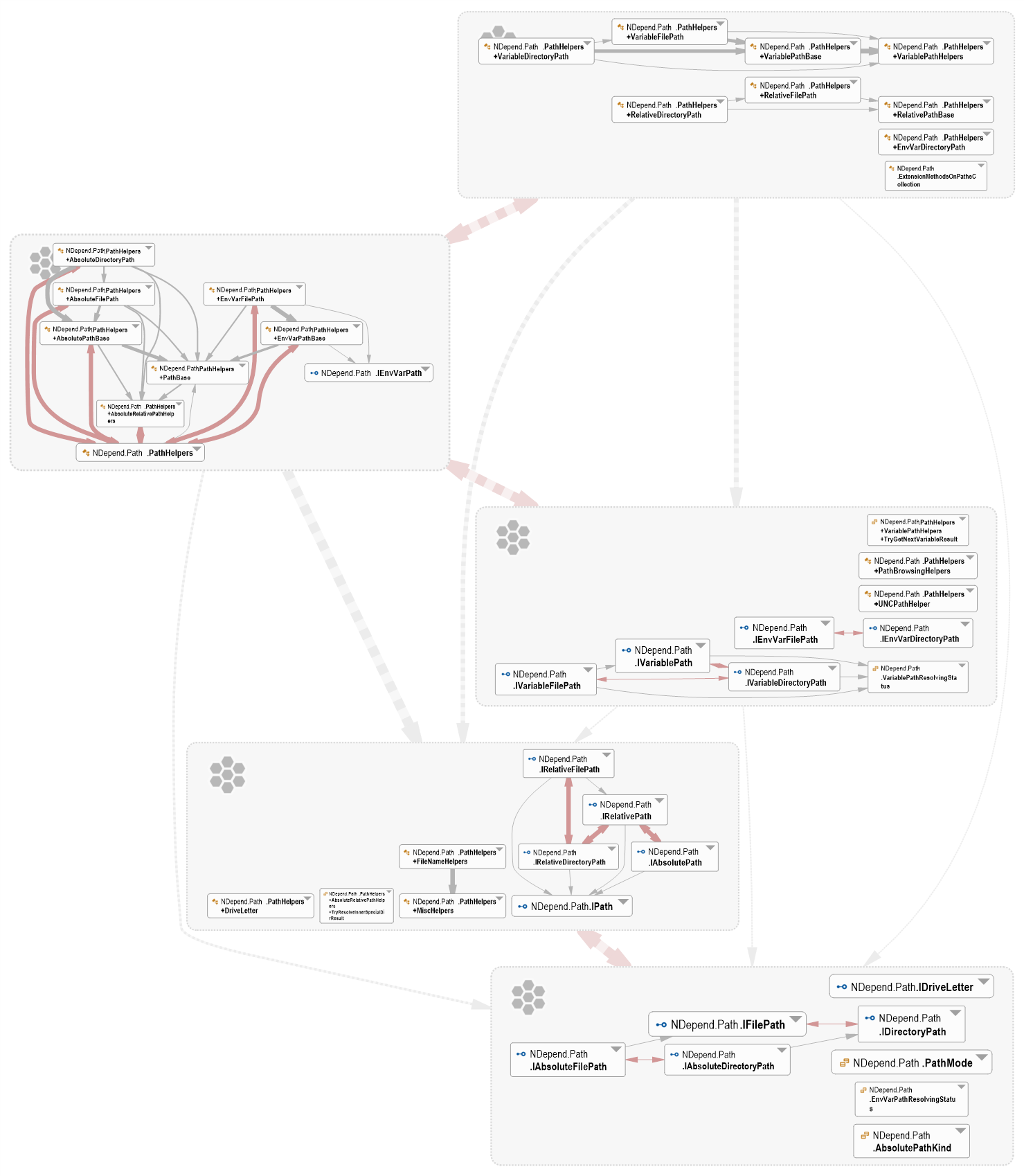 Writing good code is not an afterthought process. It needs to be of good quality on a day when code was written. Today in this article we covered Code Smell aspects of “Primitive Obsession” and also discussed remediation and refactoring recipe to address these smells.